2022 Goal Planning - Establish and Break Down Your Goals

Are you ready for 2022? Let us help you. It's time to figure out your goals and how you'll tackle them systematically for true success as an agent.

Happy almost 2022! When it’s time to set goals for the new year, you also need to break them down into smaller chunks: quarterly, monthly, weekly and daily. We all know this is the only way to stick to a “game plan” and not feel overwhelmed. Of course, you can also “zoom out” a little bit, farther than a year, and think about the next 3 years or even the next 5. And, if we’re talking retirement and financial health, you’ll also need to consider 20 years down the road.

Let's start with a one-year plan. Consider where you were 12 months ago, and where you want to be in the next 12 months. What did you accomplish in the last year, and what do you believe you can accomplish in this one? But be careful not to overload your year-long plate. There’s a well-known adage that claims people often overestimate what they can accomplish in one year’s time, but tend to underestimate what can actually happen in several years. It’s a popular quote because it's so true. It's really easy to think ambitious thoughts such as, "Oh, we're going to double or triple our business in the next twelve months." Then, when you get into the rhythm of trying to accomplish that goal, it becomes apparent that it’s more a long game and not something instantaneous. So be realistic about what can actually happen in one year.

First, when you’re thinking about a yearly plan, reward your efforts from the last few years. For me, I look at what I did in the past and how much changed between five years ago and today.

Looking at historical data about what you've done is one of the best ways to figure out what you can realistically achieve in the next twelve months. Again, remember to be modest.

Understand you’ll likely hit roadblocks and experience setbacks. Things don't always go as planned. Don't undershoot your goals, but if you're really unrealistic, you're going to set yourself up for disappointment and feeling like a failure, which is not good for morale. So, try to be realistic, but push the boundaries a little bit. For example, if you're have grown 20% to 50% in revenue year over year for multiple years, a 50% revenue growth is reasonable based on your historical data and how hard you want to work in the next 12 months.

Break the Year Down

The easiest way to tackle your yearly goals is to break them down into quarterly goals. Then, break down even further — from quarterly to monthly, from monthly to weekly and from weekly to daily. Take a one-year financial goal; figure out what that is. Figure out how many homes you need to sell to meet it and break that down into daily, weekly, monthly, and quarterly activities that ensure you actually do it.

Don’t forget to be honest with yourself about how hard you want to work, how many vacations you want to take and what's coming up for you in your personal life. Goals are exciting yet frustrating at the same time; it’s easy to overshoot. If you're going to have a child in the year ahead, be realistic about how much time you’ll take off. The same thing applies for other big events.

Projecting 3 to 5 Years Out

Let's talk about three to five years out. Pick a number that makes sense to you -- what can you get done, and how are you actually going to go about achieving it? If you've been doubling business every year for the last several years, can you maintain that amount of work?  Obstacles come and go. It’s easy to say, "Oh, we're going to be 10 times the size we are now," but be realistic. If you're selling real estate, maybe your goal is selling more of it, setting yourself up for retirement, or investing in real estate yourself. Or saving for a 401k or Roth IRA. Whatever your aspirations happen to be, set those goals and figure out the plan. The plan should be a continuation of the smaller plan — in other words, what you do day by day should translate into what you do year by year to keep the goals moving forward.

Now let's talk a little further out: 15 to 20 years. Depending upon your age and when you want to retire, you can adjust your long term plan. This is all based on your personal financial goals as well as how far along you are in your career. Maybe you’re aiming for full retirement in that amount of time; maybe it's having half of your retirement saved if you're younger and working your butt off.

Of course, be realistic. Don't make tons of money and spend it, only to have hard times or a broken down car or a changed market set you way back and put you in debt. So when you're thinking 15 to 20 years out, think of market trends. Think of the last recession we just went through. Real estate definitely has its ups and downs.

To figure out whether you are serious about a goal, you can try a technique I call reverse goal engineering. If I have a goal, I first determine the steps I need to take to actually reach it.

For example, I've had the goal many times of getting six-pack abs, but it's a really steep goal. I would have to not only work out aggressively and go through a lot of pain to achieve this, but I would also have to eat right so I don’t have excess body fat. To be honest, I haven't achieved this goal since I was a teenager, and every time I sit down and count the cost, I question if I'm really willing to go through the pain. So ask yourself, are you willing to do it? What will it actually take?

These personal goals could be in relation to health or wealth or relationships, but the question is always the same: how much pain or cost will it take to get it? Be honest with yourself about what it's going to take. And if you're not familiar with what it's going to take, instead of immediately going out and posting on Facebook or telling all your friends or family members that you're going to hit the goal, first do the research and count the cost. If you're not willing to do the work, maybe it's better not to set yourself up for disappointment. We all only have so much time, energy, and money to achieve the goals we want.

To further illustrate this, think about when you go to the grocery store while you're hungry and your eyes are bigger than your stomach. When I go to the grocery store and I'm hungry, I buy everything — the snacks, the cookies, this and that. Then, I bring it all home and half of it goes bad or gets stale before I ever eat it because I was thinking with my eyes, while my stomach cannot actually put all that food away.

Obviously, we're all different, and we're all going to have different goals in life. So, it really comes down to you and your personal desires — which is why I keep saying, is it worth it to you? Are you willing to do the work? Are you being honest with yourself? Count the cost, reverse-engineer the goals, and see if it all makes sense for you. Remember that nothing worth having comes easy.

Now, we talked about reverse engineering goals. So for example, in the case of FSBOs or expireds, you might tell yourself you want at least four listings a month out of a hundred leads. We talked a little bit about farming or doing direct mail in a farming area with a thousand leads. Obviously you need to know your numbers to run a campaign that targets your ideal income. As you track how successful a campaign is, you’ll have a better idea of what realistic numbers look like.

Or, let’s say you're going after a niche, and you know that you're going to pursue 500 leads per month to get you to your goal. So once you've established that big picture, figure out how to break that down to weekly or daily.

So to get there, how many leads do you need to pursue? Let's just say, in a five step campaign, you want to reach 500 contacts per month.  Once you have your number, how are you going to reach them? Are you going to do cold calling? Maybe half cold calling and half direct mail?

If you have 500 contacts, break that down into four weeks, and that’s about 125 activities per week. From there, figure out a daily goal, in this case around 30 activities per day. With direct mail postcards, I would mail these in one bundle. Keep track of everything you do for each contact. And, of course, repeat the next week. You could have an assistant do all this if you have an assistant. But even if you don't have an assistant, 15 letters and 15 calls per day should be fairly manageable.

One of my colleagues, Joe, was talking to an agent, and he says before he will mail a package with his book or with his letter, he'll call them and make sure that they're actually somebody who'd be open minded to listing with him. And then he'll mail them his package. Then he follows up with another phone call. So, that's three steps. One is getting them on the phone and having a conversation. Step two is mailing them the package, and step three is following up and trying to set an appointment. Whatever your plan is, break that down into bite-size steps and then figure out what you actually need to do per week. 2022 Goal Planning - Tracking and Adjusting for Your Goals

Webinar Replay: How to Build a Business Plan that Guarantees You Hit Your Goals 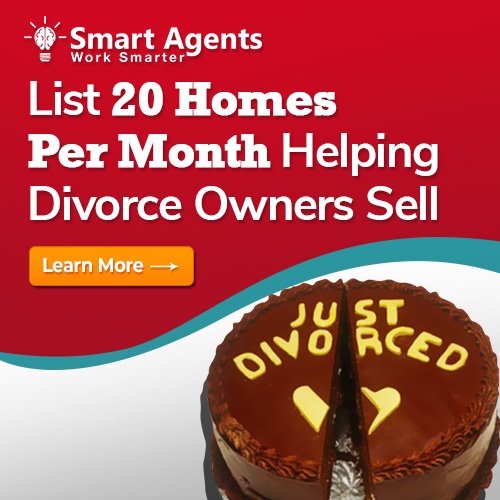